One of our favorite Anguilla “must do’s?” Experience the Caribbean Sea by climbing aboard Tradition… 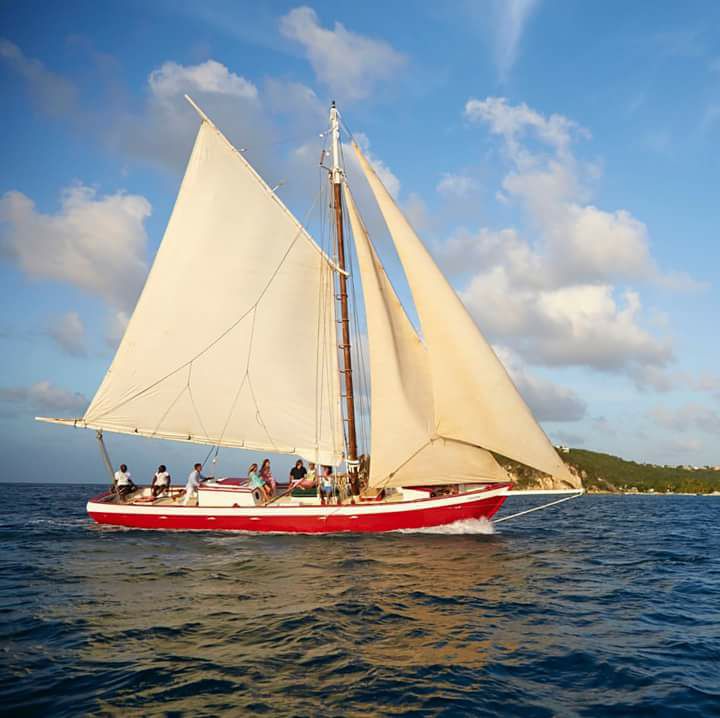 Owned and operated by Laurie and Deb, there is no beating their first-class days at sea.

Laurie and Deb offer a number of popular sailing trips. This season, enjoy one of Tradition’s most popular group sailing excursions on Wednesdays, Fridays and Saturdays… their Prickly Pear Lobster Lunch Full Day Sail. It includes all of the signature touches that Tradition has become famous for – an all inclusive day sailing experience including: 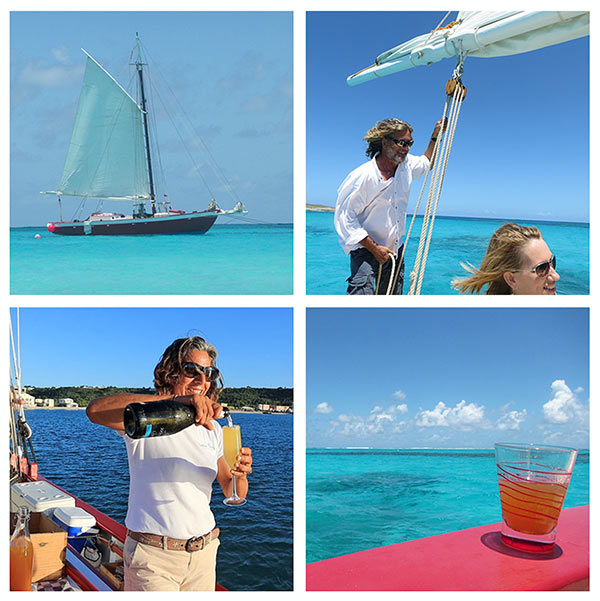 In addition to their bluuuetiful Prickly Pear sails, Tradition offers Half Day Little Bay Sails and Sunset Sails on Tuesdays and Thursdays. Any of their private charters are always available on any day that they have availability, too.

This Sunday Rendezvous Bay is calling our names!… 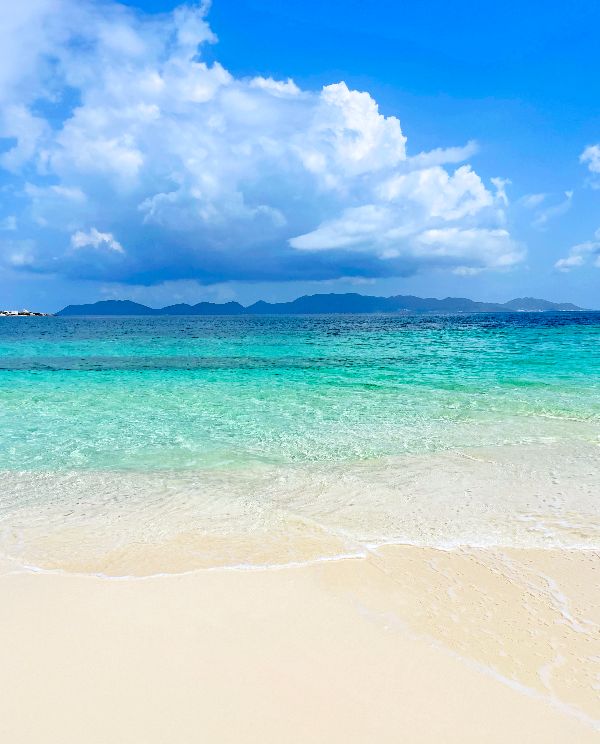 There’s nothing else I’d rather do! 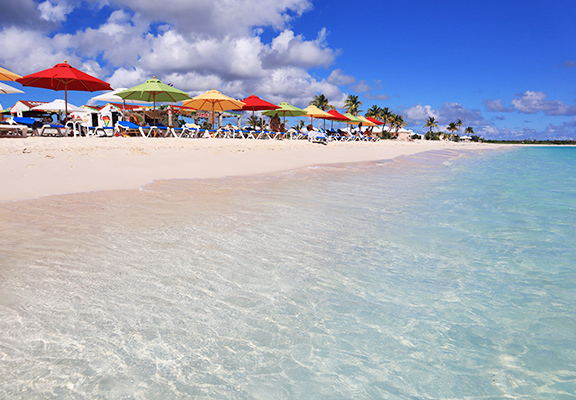 And when it comes to Rendezvous Bay?

There’s no beating a day with Garvey at his beloved Sunshine Shack!

From his mouthwatering ribs… 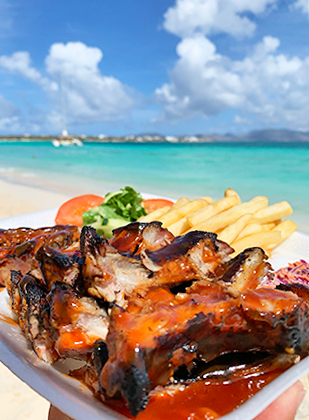 To his succulent BBQ lobster… 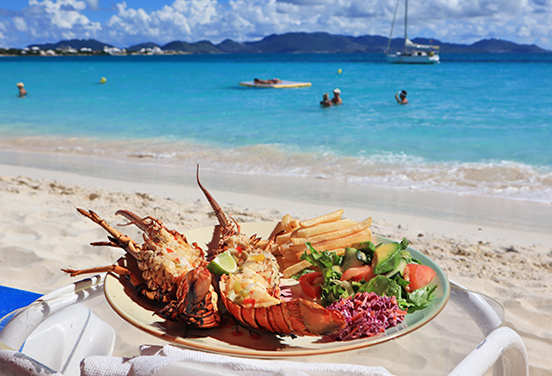 The Sunshine Shack is open daily for lunch. Closed Tuesday. 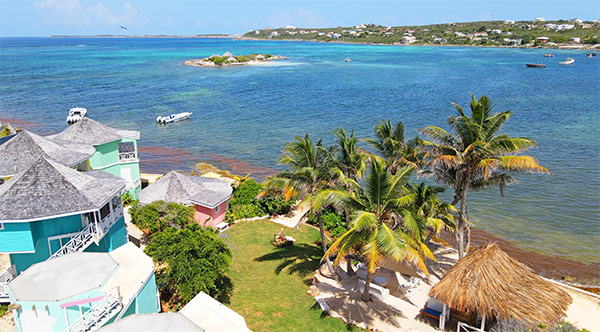 The picture-perfect high value Anguilla hotel brings the calm 24x7x365 with their brand NEW webcam! A huge thank you to Arawak’s new owners, Judd & Mindie for the beauuutiful view.

To tune in, visit… 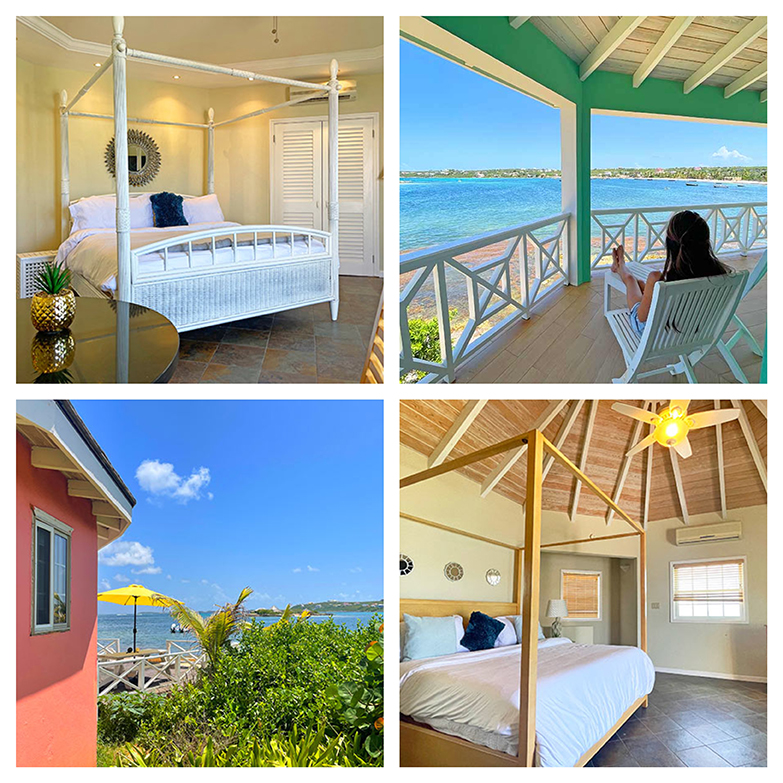 Set on the sands of Shoal Bay East, Olas has been making waves for their fabulous cocktails and flavorful tacos right by the edge of the waves! This picturesque beach shack is BACK and open for the season. Drop in for tacos, margaritas and potent rum punch on the beach Tuesday-Sunday 11am-6pm. 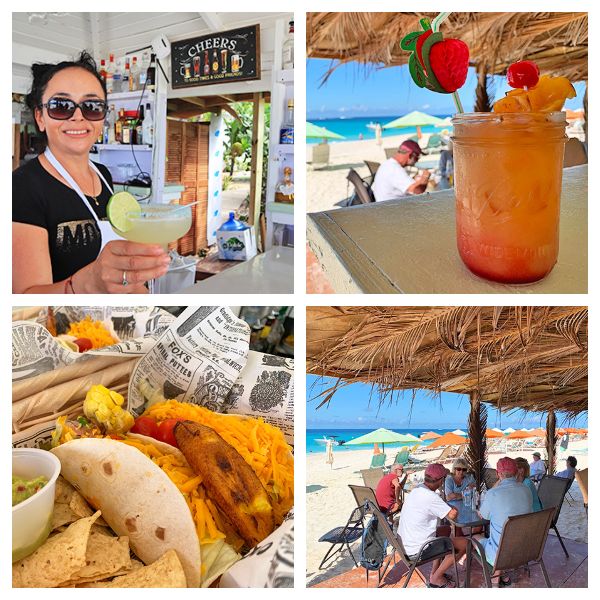 Next, Celeste at Malliouhana…

This restaurant was the best restaurant in the Caribbean when the hotel first opened in the 1980s. Headed up by Michelin-starred chef, Chef Michel Rostang, its focus? French-Caribbean fusion. Today, that standard of cuisine is back at Malliouhana’s restaurant, Celeste.

Don’t miss the salt fish with tomato ragu and mini Johnny cakes, the 16 hour short ribs with a tamarind jus, the mahi mahi in a buerre blanc sauce and of course, their most decadent desserts!

Celeste is open daily for breakfast and dinner. 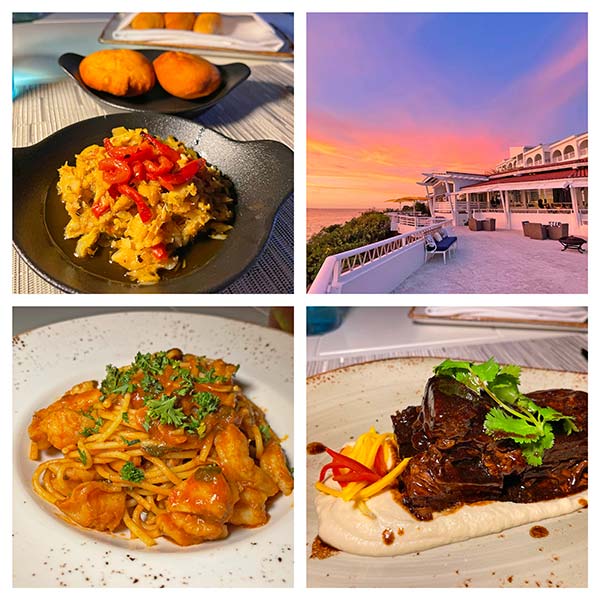 Owned and operated by the chef who created some of Blanchards most famous dishes, Lowell Hodge’s SHARKY’S Restaurant is a “must-do” for fine Caribbean cuisine. Think: Sumptuous lobster cakes, lemon chicken, and jerk shrimp with creamy mashed potatoes.

Sharky’s is open nightly for dinner. 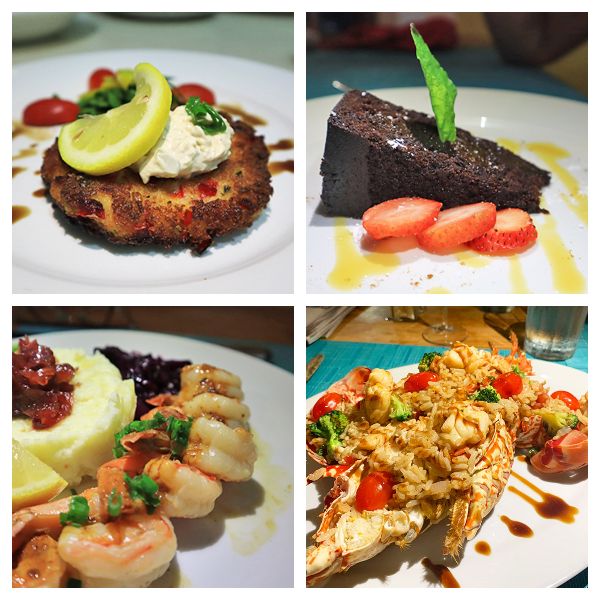 If you like the News.ai blog, please let Google know by clicking the +1 button on the LEFT.

Note: If a +1 button is dark blue, you have already +1'd it. Thank you for your support!

(If you are not logged into your Google account (ex., gMail, Docs), a login window opens when you click on +1. Logging in registers your "vote" with Google. Thank you!)

Note: Not all browsers show the +1 button.

About News.ai &
How To Submit News